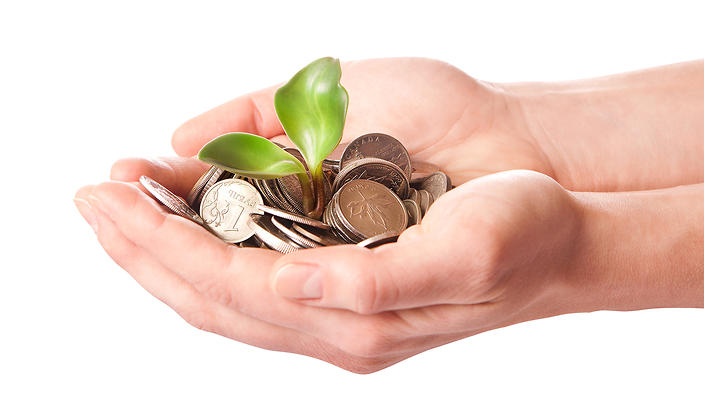 Avoid the parenting pitfall of being a money tree to your kids. Learn from an ancient Chinese legend teaching kids that wealth and prosperity are gained through hard work, and help kids develop good financial habits from early childhood using the Three Jars methods.

Most parents aren’t in a position to buy their kids a house – particularly in Australia’s skyrocketing property market – but you can establish good money habits from early childhood and, done right, you can add some ethics training at the same time. The saying, “Give a man a fish and you feed him for a day, teach a man to fish and you feed him for life” can be equally applied to coaching children to be astute with money and helping them demystify the secrets to wealth and financial wellbeing.

Ancient Chinese legend tells of a magical tree that sheds gold coins from its branches when shaken. The tree was grown from a very special seed given to a peasant farmer who was required to water it with his own sweat and blood for it to reach maturity, when the tree would then grow new coins to replace those fallen to the ground.

Dating back to China’s Han Dynasty, ornamental money trees continue to be popular at Chinese New Year and signify a long life of perpetual prosperity. Contrary to the magical story associated with money growing on trees, the implied meaning is that wealth and prosperity is gained through hard work, sacrifice and tireless effort.

In her book The Money Tree Myth: A Parents’ Guide to Helping Kids Unravel the Mysteries of Money, financial consultant and author Gail Vaz-Oxlade talks about the concept of the ‘Three Jars’ when trying to educate children about money – how to get it, how to save it and how to use it.

Though the Three Jars method is just one of many budgeting methods that advocate quarantining money for various purposes, its appeal to parents lies in its simplicity and its inbuilt generosity principle.

Economics Professor Roslyn Russell of RMIT University says that is important to teach kids about money as early as possible – even as young as three. “A lot of money management skills are developed at that early age between three and six.”

Its appeal to parents lies in its simplicity and its inbuilt generosity principle.

In the Three Jars method, kids learn to manage money as soon as they can count to three, while also learning some important lessons about philanthropy. At its simplest, a child is asked to divide their money into three jars labelled either Spend, Save or Share. Future money is likewise divided into the three jars. “It’s a fantastic concept because the areas are all ones that children can grasp at an early age,” Professor Russell tells SBS Life.

The Spend jar contains money put aside for short-term expenses, such as sweets, movie tickets or the latest must-have app, cheap toy or do-hickey, teaching kids that life expenses are normal. Children get used to handling money and make these purchases themselves. “Children need to feel money as something real,” says Professor Russell, who has consulted on the Money Minded financial literacy program. “It is too easy for them to see your plastic card as an endless pit of money.”

The Save jar is money set aside for longer term, big budget items such as a new bike, tablet device or games console. Get kids to set a target amount for the Save jar, or set a timeframe for building up a sum to be taken out and put into a bank or investment account. Training children to save for a purchase helps them avoid the lure of later relying on credit. Some parents even adopt an incentive system like paying interest on the Save jar balance to encourage a greater savings focus.

The idea behind the Share jar is that some of your money is not yours to spend or save – but is there to re-invest back into your community, donated to a charity or a worthy cause. “Sharing toys is one of the early lessons in families,” Professor Russell points out.

Children will learn to understand by the time they are adults that they will need to pay tax and see the benefits of making charitable donations. Professor Russell advises, “Giving, if it is introduced early, is something that you learn and don’t question. From an ethical and moral standpoint, it is important to learn to give, even if you don’t get anything back.”

Understanding the value of money

The Three Jars system is effective because it lets kids manage their own money themselves and take responsibility for the decisions they make. While parents can offer advice, guidance and monitoring, choices are driven by the child. Children then see the consequences of decisions they make – money spent on frippery is money not saved for things of greater lasting value. Importantly, children can then see saving as something habitual and develop a reflexive understanding of the ethical responsibility to share their money.

Another component of understanding the value of money that feeds into the Three Jars method involves children receiving pocket money from paid chores and odd jobs around the house.

When kids get money from their parents each week regardless of their performance, their parents become like a money tree – a mythical source of endless cash.

“I received pocket money in exchange for jobs around the house,” says Sydney-based financial adviser Marcus Roberts at Mirador Wealth. “The larger the job, the more I received in return. The rationale being that money had to be earned and this taught me that working carried a financial incentive.”

Roberts points out that kids should understand the difference between normal family jobs and jobs that are paid for. Paid jobs might be those a parent would normally do, and scaling the value of different tasks – washing the car or mowing the lawn – adds awareness that not all jobs have equal pay rates – and extra pay comes with extra effort and commitment and may even depend on the quality of the work done.

Parents could also encourage a child to exercise some entrepreneurial flair, having them offer to do extra work for extra money – to see opportunity for extra cash and to negotiate an agreement.

When kids get money from their parents each week regardless of their performance, their parents become like a money tree – a mythical source of endless cash that requires just the slightest bit of agitation to coerce lavish cascades of convenient cash.

Linking their allowance to work performed teaches kids how the world works and also gives money a very real value – it is exchanged for time and effort.

Attitudes towards pocket money vary from culture to culture. In a 2016 study comparing children from Japan, Korea, China and Vietnam and their relationship with pocket money, researchers found diverse attitudes to money given as allowance between the different cultures.

In Japan and Korea, children had the expectation that allowance money was for their own fun and personal use and let them express their own individuality through money. Conversely, children in China and Vietnam believed that pocket money was part of the collective household money and should be saved. For these kids, frugality is considered to be a virtue.

The researchers concluded that money now plays the role of an important tool in transacting human relationships, it is no longer just part of the market economy. They point out that perceptions of “normal” interactions with money varied greatly across cultures. They also said that the same behaviour has different meanings in different cultures.

As countries become wealthier and middle classes expand in Asia, money is changing its meaning, they added. As people gain more disposable income, the idea of what is normal is changing dynamically.

Children in China and Vietnam believed that pocket money was part of the collective household money and should be saved. For these kids, frugality is considered to be a virtue.

Born to a poor family in Zimbabwe, Melbourne businessman Prosper Taruvinga of Live Long Digital also sees the importance of teaching money management to children. “My parents did not have the means or skills to build wealth. My daughter will be given a budget and taught to manage her money and not be frightened of it. She will learn to save and how to make money work for her.”

In the Western world the giving of cash as gifts to children is less common because it can be seen as being less thoughtful. Rather than giving cash, money is often converted to gift cards or other vouchers. However, this prevents a child making a choice as to whether they wish to spend, save or share their gift.

Comparatively, in East Asian families, the cultural institution of giving a red envelope encourages saving. Every Lunar New Year or birthday, East Asian children usually get red envelopes containing cash gifts – considered the best gifts because the recipient can do whatever they please with the money. However, the culturally normal intention is that this money given by parents and relatives is set aside for savings.

The US government has developed a financial literacy resource, the Money as You Grow website, which includes age-appropriate money lessons for kids. The site suggests activities to help kids learn about money at different ages.

One key lesson for kids aged three to five is learning to wait before they can get something they want. At this age, impulse control is an important lesson, and saving up for a big goal is a great way to teach patience.

From ages six to ten, kids can learn about making spending choices and setting goals. And from age 11, they are ready to learn about compound interest and wealth generation. Older teens need to understand more complex issues such as taxation, loans and investment.

Some parents introduce a fourth jar to teach a bigger lesson about money and how it can be used to create wealth. For example, US businessman and best-selling Rich Dad Poor Dad author Robert Kiyosaki says, “By giving kids an allowance, you teach that child to work for money rather than learn to create money.”

As children grow older, money from the Fourth jar could perhaps be used for interest-bearing deposits or even to invest in shares or as seed funding for their own enterprise – kids could explore buying and selling on eBay or set up a market stall, for example.

However, Bessie Hassan, money expert at finder.com.au, points out that wealth creation can be a culturally-sensitive area. “Islam prohibits the concept of earning interest on funds, so this is something that wouldn’t be taught by parents to their kids,” she says. “Instead, parents would teach their kids about Sharia-compliant financial concepts and products.”

The Fourth jar could perhaps be used for interest-bearing deposits or even to invest in shares or as seed funding for their own enterprise.

She points out that many Middle Eastern cultures have collective social values and family-owned businesses are common. “Therefore parents may encourage their kids to share their profits with the family or to work within the family business,” she says.

According to Professor Russell, introducing a wealth jar is an ideal time to also introduce ideas like investments and superannuation for long-term security and wealth growth.

Russell concludes parents also need to manage their own money behaviour to have an impact.

“When teaching children about money, keep the language positive. Recognise your strengths and weaknesses when it comes to money. Research shows that pocket money, has to be used with some control and monitoring from the parent in order for the outcome to be most effective in being taken through to adulthood. Be aware of your role modelling in general with money and how money is talked about in the household.”